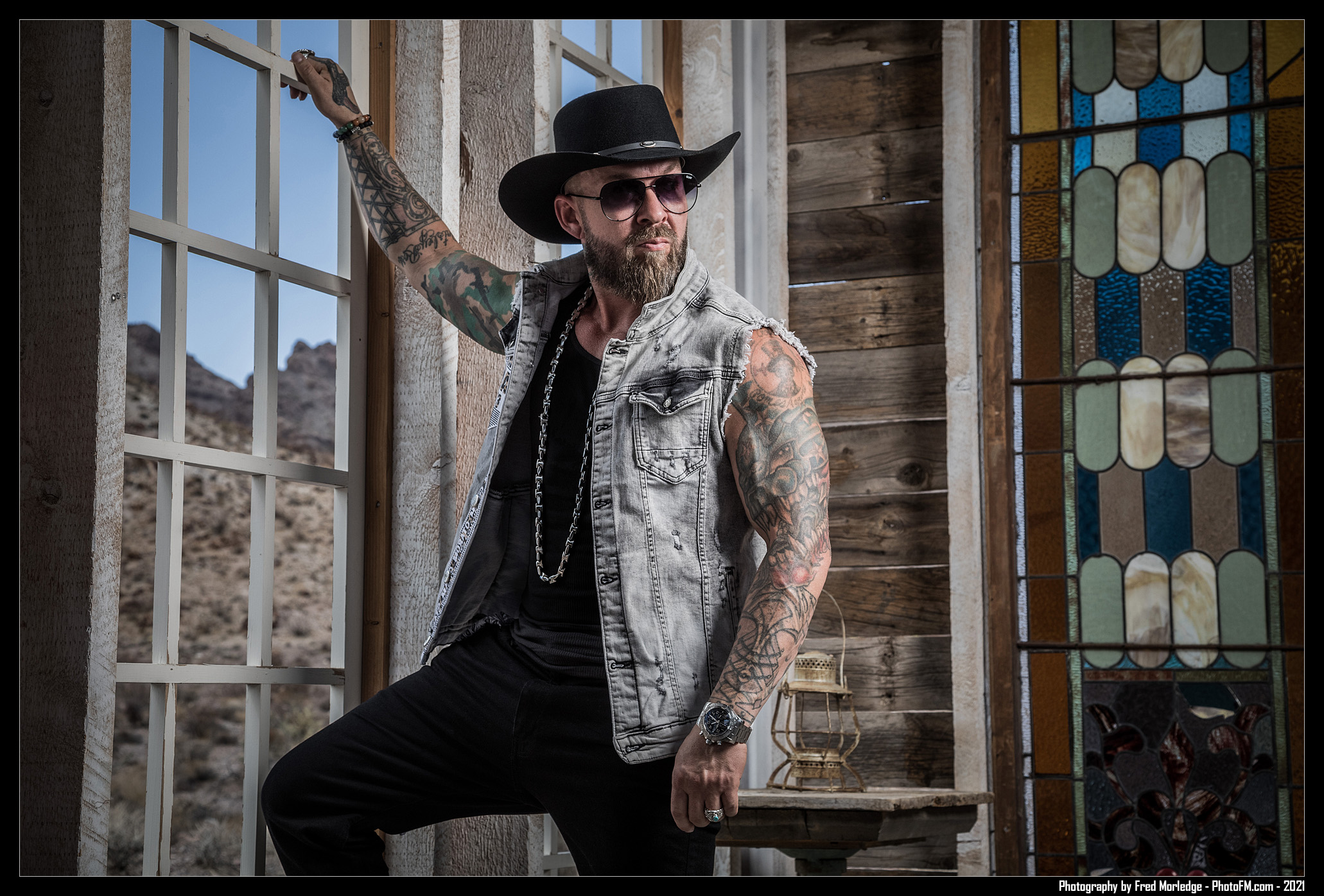 Music has been John’s passion since childhood. He started out as a drummer in the seventh grade and fell in love with the creative process in high school when he rocked an entire pep rally.

John left home at sixteen. He started his own record label ten years later and formed his group Pale Face with Haystack and J. Jamez. Pale Face concentrated on rap with a rock influence. Featured artists included: Too Short, B-Real of Cypress Hill, The Game, Kurupt, Yukmouth from the Luniz, and Fats Bossalini.

While doing a stint in prison, John started singing and found his way back to his country western roots. Returning home to Las Vegas, John began writing music and collaborating with producers, Logan Mader and Juice Lee.  Together, they created a unique genre of music: OutlawCountryTrapRock.  Since then John and the band have been swerving into so many musical lanes that John has acquired the handle, “RoadHogg.”

On January 8, 2022, the group released their first video, Raised By Wolves, which is available on all streaming platforms. The next video release was a cover of Lynyrd Skynyrd’s “Free Bird”, featuring Peter Keys. Additionally, John WidōMākr was recently featured on John Conner’s album, All My Rowdy Friends, Volume 3, on the song, Lucy

John is currently in the studio creating several upcoming releases.

GET IT ON AMAZON
AT THE APPSTORE